Since IPL started in 2008, IPL franchises have mostly shown a liking for big teams and big players. Mostly players from Australia, South Africa, West Indies have been preferred by IPL franchises.

Some players from emerging nations like Thomas Odoyo from Kenya, who won ICC Associate player award in 2007 and could have been picked in the inaugural IPL in 2008 when Kenya used to be a respectable side. Kevin O’Brien from Ireland, who is recognized for hitting the fastest 100 in World Cups, when he whacked a 50-ball 100 to help Ireland chase down 329 against England, can also consider themselves unfortunate not to be a part of IPL. Kevin O’Brien used to feature regularly in IPL auction shortlists from 2012-2018, but he was unable to attract any bids whenever his name popped up in the auctions. Kevin O’Brien did get to play in CPL during his prime where he gave an impressive performance in 2014, scoring 222 runs and taking 7 wickets. With Kevin O’Brien on the wrong side of 35 and having a dip in his performances in recent times, it’s unlikely that he will be picked in IPL.

Still, there have been rare occasions where an IPL franchise has backed players from emerging nations. Ryan Ten Doeschate from the Netherlands, who used to play for KKR from 2011-2015, or players like Rashid Khan and Mohammad Nabi from Afghanistan, who have been regulars with SRH from 2017. Rashid Khan has played all matches for SRH from 2017 and is a core member of the SRH playing XI.

Mujeeb Ur Rehman Zadran from Afghanistan is another player who was picked in IPL mega auctions in 2018 by KXIP and got to play 18 matches for them picking up 17 wickets, before being released before the 2021 auctions as he failed to make an impact in IPL 2020. Mujeeb Ur Rehman Zadran has given good performances for Afghanistan in International cricket and also been a regular in various T20 leagues like BBL & CPL, where he has been among the best performers. Mujeeb is almost certain to be picked by another franchise in the upcoming auctions, so we haven’t included him in our list. On that note, let’s have a look at the 5 players from emerging nations (2 newly recruited full members and associates) who can be picked in the upcoming IPL auctions after being shortlisted in the IPL auctions list.

After Rashid and Mujeeb from Afghanistan became regulars in T20 leagues all over the world, it was expected that more spinners from Afghanistan will emerge. One such spinner is Qais Ahmed, the leg-spinner from Afghanistan who had already played in leagues like BBL, CPL and LPL and could be expected to be picked by IPL franchises in upcoming auctions.

Rahmanullah Gurbaz, the wicket-keeper and opening batsman for Afghanistan who was impressive in the recent series against Ireland. Gurbaz scored a century on his ODI debut, smashing 127 runs off 127 balls. The Afghan wicket keeper batsman possesses a 360-degree game that has earned him the nickname of Mr. 360 among his teammates and fans.

Sandeep Lamichhane, leg-spinner from Nepal, was picked to play Hong Kong T20 Blitz in 2016 and straightaway impressed Michael Clarke who was his captain in the league. Michael Clarke later suggested Lamichhane’s name to Ricky Ponting who was coach of Delhi Capitals in IPL and Delhi Capitals picked him in IPL mega auctions in 2018 and then he became a regular in T20 leagues around the world and got an opportunity to play in BBL, CPL and PSL.

Sandeep Lamichhane has played 9 matches in IPL for Delhi Capitals over 2 years, picking up 13 wickets with an average of 22.5 and at an economy rate of 8.34, but with Delhi Capitals already having a settled overseas combo and having Indian spinners, Lamichhane was unable to get a match in IPL 2020 and Delhi Capitals released him before the IPL auctions.

Still, with remarkable performances in other T20 leagues, Sandeep Lamichhane is likely to be picked in the IPL auctions by some other franchise who might be on the lookout for an overseas spinner.

Mohammad Ahsan Ali Khan, commonly known as Ali Khan, is a pacer who plays for the USA in International cricket. With West Indies including a composite ICC Americas team made of players from the USA, Canada and Bermuda in their domestic 50-over the tournament and later on having USA and Canada play separately in their domestic 50-over the tournament, one player who stood out and made a name for himself was Ali Khan. Khan picked 23 wickets in 9 List A matches at an average of just 15.95 with an impressive economy rate of 4.95. His performances helped him in getting picked in the CPL and other T20 leagues like PSL and BPL. In 2020 IPL, he was picked as a replacement player by KKR but due to injury, he could not be a part of the KKR squad.

KKR might try for Ali Khan in the IPL auctions this year after they were unable to retain him as he was a replacement player and also got replaced due to injury. In the recently concluded T10 league in UAE, Ali Khan played for Delhi Bulls and was impressive picking up 7 wickets in 5 matches with a best of 3/0 against Pune Devils in 5 balls before he got injured.

Tim David, Singapore born Australian cricketer was picked by Singapore to play for them in 2019 as Singapore was looking to qualify for World T20 and gain ODI status in future. Playing for Singapore, Tim David has scored 558 runs in 14 T20I matches at an avg of 46.5 with an outstanding strike rate of 158.52. Besides that, he scored 369 runs in 5 matches in WCL Challenge league at an average of 92.25 and a strike rate of 103.65. His performance helped Singapore record upset wins over Zimbabwe and Scotland in 2019 in the shortest format.

Tim David scored 279 runs in 14 matches with an average of 31 and an impressive strike rate of 153.29 in BBL 2021, playing for Hobart Hurricanes, but he will rue a missed opportunity in last league match where he could have become a hero when Hobart Hurricanes needed 38 off 18 balls and lost narrowly.

Tim David has registered as an Australian uncapped player in the IPL auctions.

Besides the players mentioned above, there is Noor Ahmad Lakanwal, left-arm chinaman from Afghanistan, who at 16 is the youngest player to be shortlisted for IPL auctions. Lakanwal played for Melbourne Renegades in BBL 2021 and took 2 wickets in 6 matches and could be expected to play other T20 leagues, including IPL in coming years.

Paul Stirling, the attacking opening batsman from Ireland could consider himself very unlucky to miss out on the shortlist for IPL auctions after having done well recently hitting 3 centuries in 5 ODIs and being nominated for ICC’s player of the month award. Besides this, he slammed 142 off 128 balls recently to help Ireland chase down 329 to beat England in an ODI and with Ireland playing Afghanistan quite regularly in India, Paul Stirling has got an experience of playing In Indian pitches, where he has an excellent record. Stirling has featured in IPL auction shortlist from 2018-2020.

Besides these players, with World T20 coming up, Afghanistan, Ireland and Netherlands playing ODIs in the ODI super league, many players from Emerging nations can make a case for themselves to be picked in the mega auctions in 2022. 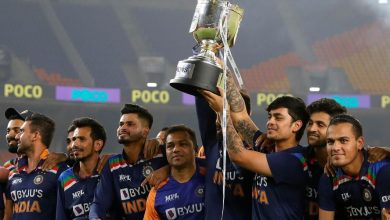 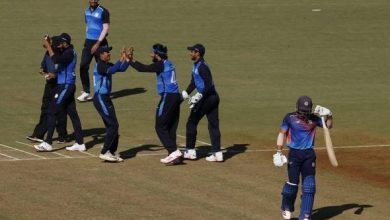 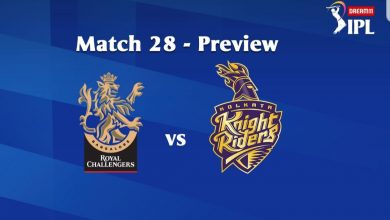 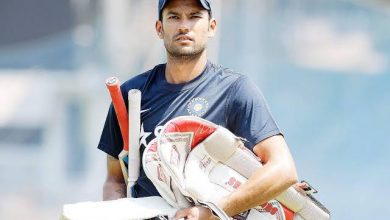