ATK Mohun Bagan from the east and Kerala Blasters FC of the west-coast will reignite their fierce rivalry when the teams go head-to-head at the Jawaharlal Nehru Stadium, Margao, Goa in the curtain raiser of the Hero Indian Super League (ISL) 2021-22 , on November 19.

While ATK Mohun Bagan narrowly missed out on the title last season, Kerala Blasters FC finished second last on the standings. However, with the stakes pretty even in the upcoming match, both the sides would be aiming to bag three points and kick-start their campaign on a high.

ATK Mohun Bagan have won two, lost two and shared the spoils in the remaining of their last five competitive matches, which also includes the 1-2 loss to Mumbai City FC in the final of the Hero ISL last term. Following which, ATK Mohun Bagan have been pretty consistent in the 2021 AFC Cup, until they were handed a humiliating 0-6 defeat against Nasaf FC in the inter-zonal semi-final.

Kerala Blasters FC have failed to register a win in each of their last five matches in the Hero ISL, which justifies why they finished at the 10th spot last season, with just three wins in the entire season. Even though the Tuskers featured in the 2021 Durand Cup, they fielded a second-string side that crashed out in the group stage itself.

Unlike a few teams in the Hero ISL, the ATK Mohun Bagan side have made fewer but significant changes to their roster ahead of the new season. The void created by the departure of Arindam Bhattacharja was taken care of by roping in Amrinder Singh. However, it would be difficult to find a replacement for Sandesh Jhinghan, with Sumeet Rathi their best bet to fill in the shoes. The inclusion of Liston Colaco in the wings and Hugo Boumous in the playmaking zone just bolsters the star-studded team even further.

Antonio Lopez Habas is unlikely to tweak his formation which he used in the most of the AFC Cup games earlier this year, with Fijian striker Roy Krishna leading the attack. However, with Boumous and Tiri anticipated to make a start, it would be a tough call to shortlist their fourth foreigner, with heavyweights like David Williams and 2020 Euro Cup star Joni Kauko among the options. There are no injury concerns as of now in the Bagan camp.

The Blasters have undergone a complete makeover in the foreigners department, after a disastrous outing in the previous season. The signing of former Chennaiyin FC star Enes Sipovic and Croat Marko Leskovic have made the intent clear regarding their central defence, after conceding 36 goals in the previous season. Meanwhile, Indian stars like Nishu Kumar, skipper Jessel Carneiro and Sanjeev Stalin would be more than effective in full-back positions.

With goal scoring also a concern for the Tuskers, the management have reinforced their squad with experienced winger Adrian Luna, who recently guided Melbourne City FC to an A-League title and Argentine striker Jorge Pereyra Diaz, on loan. New recruit Adrian Luna will highlight the playmaking zone alongside veteran Harmanjyot Singh Khabra, while players like Sahal Abdul Samad, Jeakson Singh and Sathiyen Singh will play the supporting act. There are no injury concerns in the Blasters camp so far.

In spite of fielding quality players, Kerala Blasters FC have failed to deliver when it mattered the most, that’s where Serbian head coach Ivan Vukamanovic comes in. Having been in charge of teams like Standard Liege and Slovan Bratislava, the tactician would use his experience to mould the team, which has not played much football together, into an efficient unit as the season progresses.

Arguably the biggest transfer of the summer, Boumous was shipped in by ATK Mohun Bagan. The Moroccan has been the most effective footballer in the Hero ISL for the past two seasons, having steered FC Goa to the League Winners Shield back in 2019-20 and also played a significant role in Mumbai City FC’s maiden title win last season.

However, Sergio Lobera, under whom he blossomed in the ISL, would be absent from the dugout, with Habas his instructor this time around. Given the quality he possesses, ATK Mohun Bagan FC fans would be expecting him to make merry with prolific strikers like Krishna, Williams and Manvir Singh up-front.

With tons of experience playing in top-European leagues like the La Liga and English Premier League, Vasquez might just be the perfect candidate to put Kerala Blasters FC’s goal-scoring woes to rest. Climbing up the ranks in Espanyol’s youth setup, the striker netted 26 times in 154 appearances in the Spanish top-flight, during his stints with the Espanyol senior side and Getafe.

After four seasons with Sporting Gijon in the Segunda Division and a small spell at fellow club Sabadell, the forward would be venturing outside Europe for the first time in his career. With the Indians relatively inexperienced in the attacking line, the Tuskers will be banking on Vasquez to keep the score ticking.

ATK Mohun Bagan’s tryst with the Fatorda Stadium: The Mariners played 15 matches at the Fatorda Stadium last season and were unbeaten in 12 of those. On the other hand, Kerala Blasters FC played four matches and failed to register a win in each of them.

Kerala Blasters FC and season openers: The Tuskers are featuring in the opening fixture of the season for a sixth straight time, with them winning twice out of the five previous ones.

Antonio Lopez Habas: The Spanish coach has been a part of four opening fixtures in the past, having won three of them. The only time he ended up on the losing side was incidentally against Kerala Blasters FC back in the 2019-20 season. 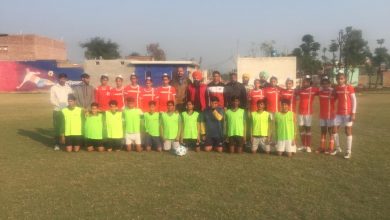 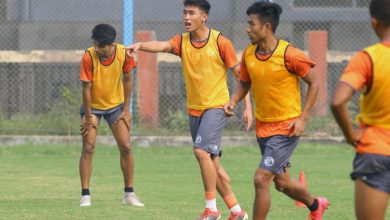 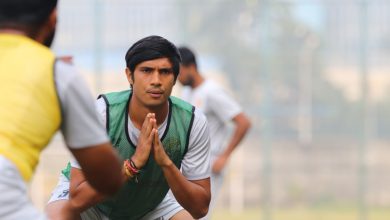 I-League: RoundGlass Punjab FC determined to hold on to top spot with win over Real Kashmir 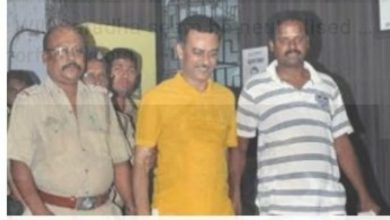