Douglas Silva is one of the most succesful foreigners to have played in Indian football. He won a plethora of trophies and was unbeaten in the Kolkata derby through out. Here’s our exclusive interview with him –

• How are you doing in these COVID times ?
– Well, now I am spending my time every day by learning more and more about football. Football is one of a kind in which you have to be ready at any time because every day there are new things coming up. So I spend most of my time watching football matches and some live coaching from all over the world. That is why I am also part of online courses and some live shows. This is how I spend my time thinking and talking about football all day long.

• You played in the Brazilian top tier division. What is the difference between Brazilian and Indian football ?
– The difference between Indian and Brazilian football is big. Football is predominant in Brazil whereas in India the main problem is with the top-level management. Almost 70% of the people involved in football in India do not know the sport. They love football but do not know the intricacies of the sport. Let me give you an example. Most of the people who run different clubs across the nation are not well versed or even do not know the sport. The main problem in India is that they concentrate more on the number of trophies rather than improving the team’s performance. For a nation that has never played in the world cup, it is more important to develop the teams’ skills. This is one of the biggest differences between India and Brazil.
In Brazil firstly they focus on producing a good team and improving players’ talents. Only when the players cross the age of 17 or 18, the focus on trophies. In India first preference is given to the senior team and developing the youth skills falls second. In my point of view, if the vice versa is applied, better teams can be formed who will gradually improve and stay at the peak. The problem here is people at the top management involve their own people to build teams. the performance of the teams can be improved only if the talent is welcomed from all over the country and this biasing is eliminated. This is my opinion and for the past 18 years, this has not changed.

• Tell us about your times with East Bengal and Mohun Bagan.
– I always say that I am truly a blessed person because I have played in 23 clubs in my entire career. 17 of them were in Brazil out of which 70% of them were premier league clubs. Later on I came to India and played for East Bengal. In three and a half seasons we won 11 trophies. We won the ASEAN Cup as well. I am extremely happy that I played for East Bengal. Also, so I got a chance to play for Mohun Bagan as well and won 2 trophies. In three and a half seasons I scored nearly 34 to 37 goals. For a defence player or a stopper this is a huge number. I am proud in this regard. I used to tell people around me that nobody has enough experience to play for this huge team including me. I am happy for being a part of this team.

• You never lost a Kolkata Derby. Whats the secret to succeeding in that match ?
– There is no secret as such but I always believe in my work. When I came to know that there is something called Derby, the number of efforts that I usually put doubled. It was all because of my self-confidence. I knew that I had worked hard then everyone else around me.
I used to practice three to four times a week prior to Derby. Hard work gives better confidence to any player. Also, I managed to stay relaxed amidst the tension that arose once the match began because I knew that I had worked hard than anyone else. Of course, there are a few particular things which I used to apply I in the second half of the match and I would like to keep this to myself. I thank god for this and I believe that my hard-work made the difference. That is why I never lost any of the Derby.

• Do you think number of foreigners in Indian leagues should be reduced for development of Indian football ?
– Well, when I started playing in India, the number of foreigners in the game were predominant. The main reason that hindered the growth of Indian players. When the native players are more, their talents and qualities can be explored more. Let me give you an example. There are nearly 5-6 foreign players in the team which provides fewer opportunities for the Indian players. Very few Indian clubs have the native players in the front. The main reason for India not producing good players is the maximum strength occupied by the foreigners.

• You coached TRAU FC last season, how was your experience ? How has Indian football changed from your playing days to now ?
– I always say that I had a bad experience with TRAU FC. I have learnt a lot from them. Not only TRAU FC but all the clubs playing for the All India Football Federation must always check on the facilities provided to the players which are of at most importance. In this regard, TRAU FC is very poor. I couldn’t believe that a club participating in the league could not provide basic amenities like water, ball or a proper ground to practice. The management was poor. But in squad they have many talented players. As I said before, the people involved in it lack knowledge about the sport but involved themselves in every aspect of the club. This problem was faced not only by me but with the other coaches as well. If they rectify their mistakes, they will definitely perform better in all the leagues.

• What is your favourite memory of indian football ?
– Most memorable time for me in India was winning NFL(National Football League) with East Bengal. we won the game against Vasco by 4-0, I scored two Goals and one of them was a bicycle kick(one of best Goal of my life) and winning ASEAN Cup was most memorable, when we returned back to Kolkata from Jakarta there were more than 2Lakh people waiting for us to celebrate.

• How do you see the chances of Indian clubs in Asia ?
– Yes chances are there. After the ISL started, the organisation of ISL is wonderful. ISL teams work with same teams, they are bringing good top foreginers, after some years Indian clubs will fight with top Asian clubs and if they continue the same they can win Asian Championships after some years.

• What do you think about the ATK-MohunBagan merger ?
– It’s good, it is very new, some supporters are not happy with the merger, only time will give their answers to them. ATK were doing very well, Mohun Bagan were doing very well. The moment they start doing well, start wining trophys and doing well in Asian competitions, the supporter will forget about everything, because the legacy of Mohun Bagan will be forever, the story of Mohun Bagan will be forever. After two to five years people will never say they are going for a ATKMB match, people will say I’m going for a Mohun Bagan match, of course ATK is there, but after some years everyone will be happy. Some fans are unhappy at the moment but for a example supposed if ATK MohunBagan won the AFC Cup those people will be happy more than anyone.

• What is your message to EB fans on their centenary ?
– My message to East Bengal fans is that, they have to keep the faith, they have to keep supporting the club. It’s not easy to find a proper sponsor, they not just need money to run the club but need to find a better/proper investor, that’s why the club is taking more time now, because they don’t want to do same mistake they did with Quess. So that’s why I’m saying keep supporting club , be patient with club officials and regardless of whether they play ISL or I-League keep loving your club, better times will come. I know fans are angrier because Mohun Bagan will be playing ISL next season but I’m sure soon fans will be very happy, the management is working very hard.

• What are your future plans ? Will we see you coming back to Indian football ?
My plan is to work at place where the coach gets freedom .I have dreams to do well in India as a coach just like did as a player, of course there are lot of countries in the world where I can work as coach but if I get another opportunity to work in India, it would be great. I will have to see their plans, I cannot do the same mistake that I have done when I signed for TRAU, let’s see what happen in the future. I’m hopeful for the best in the future, if I have the chance to work in India I will be happy for that.

There is one particular thing which I would like to say about youth development. I don’t degrade the Indian coaches but they must work with the foreign coaches. The AIFF should bring foreigner coaches for all category from U10 to till U23 and the Indian coaches must be their assistant not the head coaches. its what all countries do, which wants to improve the quality of the development players until they become good enough to be part of the senior team. 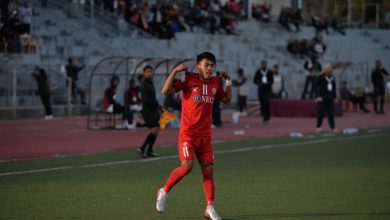 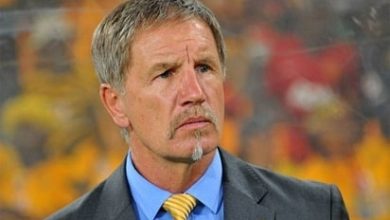 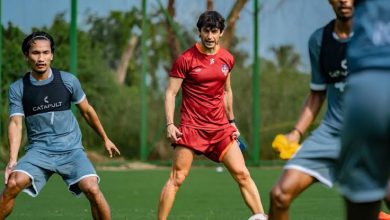 FC Goa have a lot of room for improvement, says Ferrando ahead of ACL opener 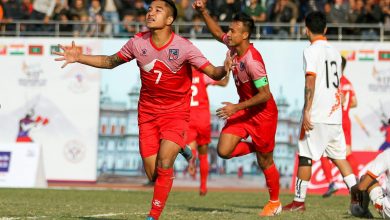