Hyderabad: Adding experience to their attack ahead of the 2021-22 Indian Super League season, Hyderabad FC have completed the signing of ISL’s third-highest goalscorer Bartholomew Ogbeche, the club announced on Thursday.

The 36-year-old striker, who won the ISL Double of the League Winner’s Shield and the ISL Trophy with Mumbai City last season, has signed a one-year deal till the end of the 2021-22 campaign.

“I am thrilled to have signed for Hyderabad FC. One could easily see from the outside that he (Manolo Marquez) has a clear idea about his style of play and what he wants from his players, which is an admirable attribute that I find in him. I’m very excited to be playing under him,” said Ogbeche after completing formalities.

💪 A champion and a goalscorer. Join us in welcoming our new striker, Bartholomew Ogbeche.#WelcomeOgbeche #HyderabadFC 💛🖤 pic.twitter.com/6RHuKlHuD6

Born in Nigeria, the sturdy striker has three goals in 11 caps for the Super Eagles. Playing as a No. 9, Ogbeche also claimed two caps for Nigeria at the 2002 FIFA World Cup against Argentina and Sweden.

Starting his career with a seven-year stint in France with PSG in 2001-02, Ogbeche scored 21 goals in 57 appearances for the first team, after graduating from the academy in 2001. He also played for Bastia and Metz in Ligue 1, before turning out for Al Jazira in the UAE (2005-06).

Following a season with Xerez back in Spain, Ogbeche moved to the Netherlands as he turned out for Cambuur (2013-15) and Willem II (2016-18) over the next five years, before moving to India in 2018 with NorthEast United.

In his first season in the ISL, Ogbeche scored 12 goals in 18 games and followed it up with a sensational 15-goal campaign with Kerala Blasters in 2019-20. In fact, he continues to be the all-time top scorer for the two teams.

He spent the last season with Mumbai City, playing a key role in their successful campaign, scoring eight crucial goals in 23 games to help his side to a double.

With 35 goals to his name in the ISL, Ogbeche currently stands as the third all-time top-goal scorer in the Indian top-flight to date, registering 0.61 goals per 90 minutes in his ISL career.

Speaking about his targets at HFC, Ogbeche added, “Helping Hyderabad achieve success by making it to the playoffs is going to be a huge challenge, but one that I believe can be achieved with the help of everyone at the club.”

HFC Head Coach Manolo Marquez believes that the experience of Ogbeche will be a huge addition to the squad at the club. “Ogbeche is a player that all football fans know. He has played in the top leagues in France, Spain, and the Netherlands, and even in the FIFA World Cup with Nigeria. He will be obviously an important player for our club,” he said.

“These kinds of players are always necessary for a team. Ogbeche will be important on and off the pitch, and his influence will be bigger if the squad is young. He is the third top goalscorer in ISL history, having scored goals for NorthEast, Kerala and Mumbai. The striker is always the main part of a team, and we are very happy to have Ogbeche with us,” added Manolo. 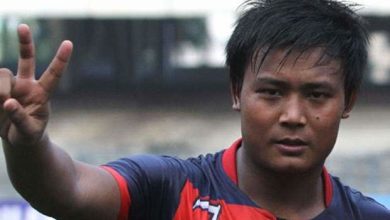 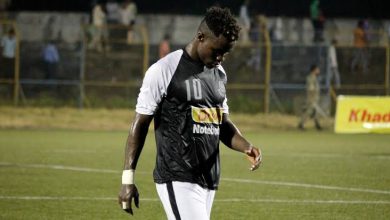 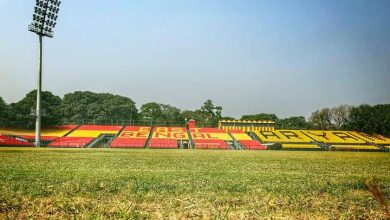 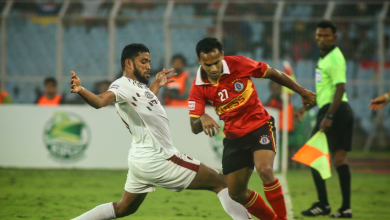 Top 5 foreign signings in the I League