On day 7 of the Birmingham Commonwealth Games 2022, India won its first ever Commonwealth Games gold in para-sports. Para powerlifter Sudhir created history as he bagged the yellow medal in the men’s heavyweight category. India also got a silver courtesy Murali Sreeshankar in the men’s long jump. Other than that, 4 Indian boxers confirmed medals. On that note, here’s a look at the full results of the Indian contingent from day 7:

Para Powerlifting: Sudhir created history as he won India’s first-ever gold in para-sports at the Commonwealth Games. In the men’s heavyweight division, he made successful lifts of 208kg and 212kg to finish with 134.5 points.

In men’s lightweight, Parmjeet Kumar could not attempt a successful lift.

23-year-old old Sreeshankar took silver with the best attempt of 8.08m. His best effort was tied with gold medalist Laquan Nairn of Bahamas but Bahamian took gold as his second best-effort was better than Sreeshankar’s second-best jump.

Hima Das finished first in heat 2 with a timing of 23.42 to qualify for the semifinal of women’s 200m.

Manju Bala qualified for the women’s throw final by finishing 11th with the best throw of 59.68m. Sarita Singh failed to cut as she was 13th with a best effort of 57.48m.

Jasmine Lamboria defeated Troy Garton of New Zealand by split decision 4-1 in the quarterfinal of the women’s 60kg category.

Rohit Tokas beat Xavier Mata’afa-Ikinofo of Niue Islands by unanimous decision 5-0 in the quarterfinal of the men’s 67kg category.

Table Tennis: A medal was confirmed for India in para table tennis. In women’s singles, C3–5, Bhavina Patel and Sonal Patel both topped their respective groups and entered semifinals. Both the para paddlers won their 3rd and last group match on Thursday.

Raj Alagar made it to the men’s singles C3–5 semifinal after winning his 3rd match, which was a do or die for him. Alagar was second in his group with 2 wins & 1 loss.

Suhana Ravi lost her 3rd match in women’s singles C6–10. She finished last in her group with three losses.

Singles and doubles events in Table Tennis also began on Thursday. Manika Batra, Sreeja Akula and Reeth Tennison qualified for the round of 16 in women’s singles.

In men’s doubles, the pairs of Sathiyan-Manika & Sharath-Sreeja entered the pre-quarterfinals. However, Sanil Shetty and Reeth Tennison were eliminated in rounds of 64.

Men’s doubles duos of Sharath-Sathiyan and Harmeet-Sanil registered easy wins in their round of 32 matches.

The men’s singles and women’s doubles events will start on Friday.

Hockey: Harmanpreet Singh scored a hattrick as India defeated Wales 4-1 in their final Group B match.  Both India and England finished with 10 points in 4 matches but India topped the group with a superior goal difference. India will face South Africa in the semifinal on Saturday.

Velavan Senthilkumar and Abhay Singh made it to the round of 16 of men’s doubles.

In women’s doubles, Joshna Chinappa and Dipika Pallikal entered the quarterfinals. Sunayna Kuruvilla and Anahat Singh were eliminated in the pre-quarterfinals.

In mixed doubles, Saurav-Dipika entered the quarterfinals while Joshna and Harinder Pal Sandhu were knocked out in the pre-quarterfinals.

Badminton: Lakshya Sen and Kidambi Srikanth outclassed their opponents in their respective round of 32 matches.

In women’s singles, PV Sindhu and Akarshi Kashyap also qualified for the round of 16.

India’s medal chances in mixed doubles ended as India’s sole entry of Ashwini Ponnappa and Sumeeth Reddy lost in the round of 32. They were defeated by 6th seed Jessica Pugh and Callum Hemming 18-21, 16-21.

Lawn Bowls: Mridul Borgohain lost 13-21 against Ross Davis of Jersey in his final pool match and was eliminated. Borgohain finished 4th in his group with 2 wins and 2 losses.

Gymnastics: Bavleen Kaur finished 13th in Rhythmic Gymnastics with a score of 72.700. 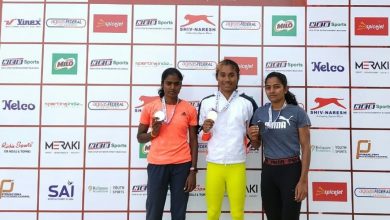 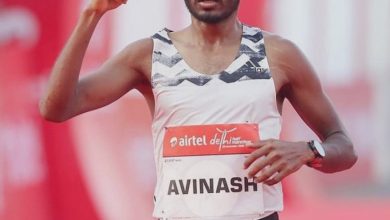 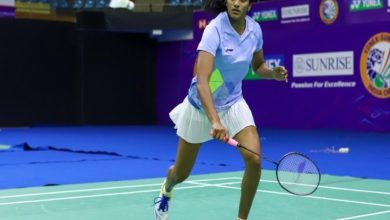