Sen, who was part of the Indian team that claimed a historic Thomas Cup title triumph in Bangkok, registered a 21-18 2-15 win over world number 13 Rasmus Gemke of Denmark in 54 minutes in the men’s singles.

In the women’s singles, Sindhu was made to toil hard for over an hour by Gregoria Mariska Tunjung of Indonesia before winning 23-21 20-22 21-11 in the second round.

Sen, seeded seventh, will next be pitted against Chinese Taipei’s third seed Chou Tien Chen, who had defeated the Indian in a three-game thriller during the Thomas Cup last month in their only meeting.

A tough quarterfinal awaits fourth-seeded Sindhu as she will next take on Thailand’s fifth seed Ratchanok Intanon, who defeated Kirsty Gilmour of Scotland 21-1719-2121-15 in another second-round match.

However, it was curtains for the mixed doubles pair of B Sumeeth Reddy and Ashwini Ponappa as they lost 18-21, 13-21 to the second-seeded Chinese pair of Zheng Si Wei and Huang Ya Qiong in the second round.

Against the unseeded Tunjung, Sindhu started on a bright note and played aggressively to surge to a 10-5 lead. She used her experience and reach to engage her opponents in long rallies initially.

But the Indonesian, whom Sidhu had defeated six times earlier, made a remarkable fightback to claw her way back into the contest to level the scores at 15 apiece.

From there on, it was a neck-and-neck fight between the two players as they traded points till 21 before Sindhu raised her level to pocket the first game.

The second game was a complete contrast as it was Tunjung who started on an attacking note and raced to a 10-5 lead before Sindhu fought back to draw parity at 15-15.

Thereafter, the players continued their battle for points to 20 points before the determined Indonesian won the game to take the match into the decider.

The decider, however, was a one-sided affair as after a few initial exchanges, to be precise till seven points, Sindhu didn’t allow her opponent an inch and used her big-match experience to run away with the game and the match.

Earlier in the day playing Gemke for the first time in his international career, world number 9 Sen showed better nerves as he limited his errors and fought his way to a fine win.

Sen overturned a 0-3 deficit to a 9-6 advantage, only to allow Gemke to hold a slender 11-10 cushion at the break. However, the Indian came out all guns blazing and reeled off six straight points to move to 16-12 before sealing the opening game.

Sen and Gemke breathed down each other’s neck for the most part of the second game as the lead exchanged hands frequently before the Indian once again stepped ahead from 13-12 to close out the issue with a four-point burst. 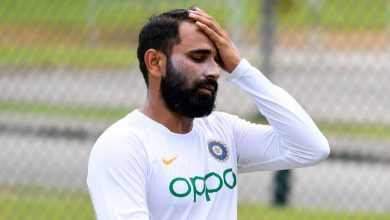 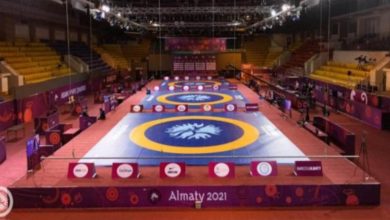