The thirteenth season of IPL ended on Tuesday with Mumbai Indians winning their fifth title. The tournament saw some mind-blowing performances from different players. So let’s look back at who the best players were for this season.

KL Rahul: KL Rahul won the Orange cap with 670 runs in 14 innings at an average of 55.83 and a strike rate of 129.74. The stylish batsman became the first Indian to score over 500 runs in three consecutive seasons. KL Rahul crossed 50 six times and also scored an unbeaten 132 off 69 balls against Royal Challengers Bangalore, which was also the highest individual score by an Indian in IPL history. In the 6 matches, KXIP won, Rahul struck 340 runs at a strike rate of over 146 and was named the “man of the match” thrice.

Shikhar Dhawan: DC’s run to final owed largely to Shikhar Dhawan, who carried their top-order on his shoulders. The veteran opener amassed 618 runs at an average of 44.14 and a strike rate of 144.73, which was also his highest tally in a single IPL season with previous best being 569 in IPL 2012. The Southpaw also became the first player in the history of the Indian Premier League (IPL) to record two consecutive centuries. Dhawan also played a brilliant knock of 78 off 50 balls in Qualifier 2 to help his side reach 189, total DC bowlers easily defended.

Suryakumar Yadav: Suryakumar Yadav continues to impress. The dynamic middle-order batsman became the first uncapped batsman to score more than 400 runs in three consecutive seasons. The 30-year-old scored 480 runs @40 and a strike rate of 145.01. His best knock of the season came against RCB where he cracked up an unbeaten 79 off 43 balls to help his team chase down 166. Suryakumar also played a crucial knock of 51 from 38 balls in Qualifier 1.

Ishan Kishan: Ishan Kishan looked in sublime touch throughout the tournament. The pocket dynamite became the first uncapped batsman to touch the 500-run mark. The southpaw was both reliable and destructive as he ended the tournament with 516 runs @57.33 with a strike rate of 145.76. He also finished the tournament with the highest number of sixes with a total of 30 sixes in 13 innings. Ishan’s best knock of the season came against RCB where he played a spectacular knock of 99 off 58 balls, adding up 79 runs in the final four overs with Kieron Pollard to push the match to the super over. Ishan also shined in the knockouts as he smashed an unbeaten 55 off 30 balls in Qualifier 1  and then scored an unbeaten 19-ball 33 in the final, both of the knocks were crucial to his side’s victory.

AB De Villiers: The South African veteran carried the RCB batting line up throughout the tournament. The South African veteran was in a class of his own as he whacked runs at a strike rate of 158.74 when no other batsman of his team could manage a strike of even 125. RCB won 7 matches and AB De Villers was the man of the in 3 of those matches. He ended the tournament with 454 runs @45.40.

Marcus Stoinis: Marcus Stoinis was the standout all-rounder of the season. The Australian made an impact with both bat and ball. He scored 352 runs at an average of 25.14 and a strike rate of 148.52. Stoinis also picked up 13 wickets at @21.76 and an economy rate of 9.53. Stoinis’ best performance came in Qualifier 2 where he hit 38 runs off 27 balls as an opener and also picked up 3 wickets for 26 in his side’s close win against Sunrisers Hyderabad.

Rahul Tewatia: The spin bowling all-rounder from Haryana was one of the finds of this season. He finished the tournament with 255 runs @42.50 and a strike rate of 139.34 and grabbed 10 wickets at an economy rate of 7.08. Tewatia was the only Indian player this season who was good with both and ball. He started the tournament by taking three wickets against CSK and followed it with a match-winning 31-ball 53 against KXIP where he smashed five consecutive sixes off Sheldon Cottrell. Later in the tournament, he produced another unbelievable inning in a run-chase as he and Riyan Parag took Rajasthan Royals to a five-wicket victory against Sunrisers Hyderabad where both added 85 runs off 47 balls for the sixth wicket.

Jofra Archer: Jofra Archer was named “Most Valuable Player” in IPL 2020. It was largely due to his performances that Rajasthan Royals remained in contention for a playoff spot till their last match. Archer took 20 wickets at an economy rate of 6.55 and also played a few crucial cameos. Archer was phenomenal particularly in power plays where he plucked 10 wickets and conceded runs at an economy of just 4.3 runs per over.

Rashid Khan: Rashid Khan completed the tournament with 20 wickets at @17.20 and conceded runs at an incredible economy rate of 5.37. The Afghanistan superstar played a pivotal role in SRH’s run to play-offs as in the 8 matches his side son, the leggie took 12 wickets @11.92 at an economy rate of 4.47, and in seven out of eight of those matches, he conceded 24 or lesser runs in his four-over spells.

Yuzvendra Chahal: RCB had a terrific run till ten matches as they were positioned second with seven wins and Yuzvendra Chahal played a key role in those 7 victories as he picked up 13 wickets @14.31 and at an impressive economy of 6.46. He was also named “Man of the match” in two matches. The Indian leggie ended the tournament as the highest wicket-taker among spinners with 21 wickets @19.28 and had a reasonable economy of 7.08.

Jasprit Bumrah: Jasprit Bumrah had a sluggish start to the tournament and his performance would have been a major reason of concern for fans but the star bowler got his mojo back from the fourth match of his side and kept getting better as the tournament progressed. Bumrah, who had never picked a single four-wicket haul in a T20 match, picked up two four-wicket hauls in the tournament, which came against Rajasthan Royals and Delhi Capitals. Bumrah finished second in the wicket charts with 27 wickets @14.96 and had an impressive economy of 6.73 runs per over.

Big Question: Why no place for Rabada?

The purple-cap winner did pick the most number of wickets but his impact was not bigger than the likes of Bumrah and Archer. Rabada conceded runs at an economy rate of 8.34 and most of his wickets came in death overs where batsmen gifted him wickets while they were trying to slog. He was poor in powerplays and took just 2 wickets.

Who will lead the side?

There’s only one player in the XI who lead his side in the tournament so KL Rahul will captain this star-studded lineup.

Who will keep wickets?

There are three wicket-keeper batsmen in the lineup- KL Rahul, Ishan Kishan, and AB De Villiers. Both KL Rahul and AB De Villiers kept wickets in almost all of the games they featured in but none of them have been regular keepers in their professional career and have kept only when there wasn’t any other option available. But we have a regular keeper in form of Ishan Kishan, who keeps for his state side regularly. Kishan played as a pure batsman throughout the tournament but that was because of the presence of Quinton De Kock in the XI. 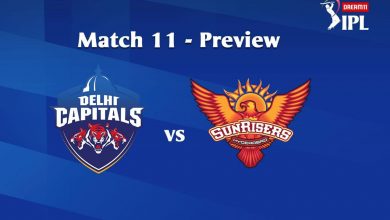 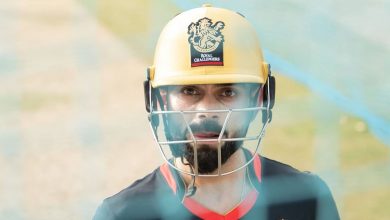 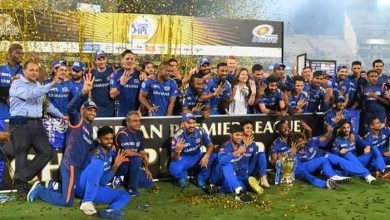 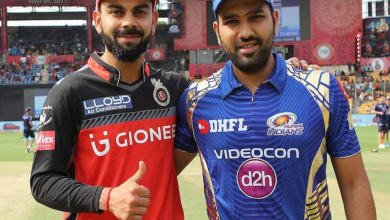