The seventh season of the Indian Super League has just ended with Mumbai City FC doing the double by winning the League Shield and the ISL Trophy. As usual, we have seen many talanted young players making their mark this season. Here we tried to pick the best possible U-23 XI from the combined squad of all 11 teams.

• Arshdeep Singh (Odisha FC) -Arshdeep Singh is undoubtedly taking the numero uno spot here. Although Odisha fared poorly throughout the season and finished last, Arshdeep managed to pile up 64 saves, which is highest in the ISL for any goalkeeper.

•Ashish Rai – The former Indian Arrows defender made 18 appearances this season and picked up 2 assists .The young Right Back averages 42.83 passes/ game and was a standout performer throughout the season. He was in contention for the national team but his injury at the end of the season has kept him sidelined for the time being.

•Mehtab Singh – Mumbai City FC centre back Mehtab Singh had a very good season where he made 12 appearances . Mehtab had a passing accuracy of 85.2 % and averages 4.05 clearances every 90mins.

•Akash Mishra– Hyderabad left back Akash Mishra was recently called up by Igor Stimac for the international friendlies in UAE for his brilliant performance in the ISL. He played in all 20 games and provided one assist. The 19 year old Left back averages 41.35 passes/ game with a passing accuracy of 68.56 percent and 4 accurate tackles/90mins.

Lalengmawia – Indian u-17 world cupper Lalengmawia won the emerging player of the season award and has been named in the 27 man National Squad for the upcoming friendlies in UAE. Lalengmawia, fondly known as Apuia, had 22 appearances and averages 36.86 passes / game with an accuracy of 74.47 percent.

Suresh Singh Wangjam – The 20 year old Bengaluru FC midfielder has been one of the midfielders in the tournament. The energetic midfielder played 19 matches and has 1 goal to his name. He averages 31.68 passes/game with an accuracy of 72.42 percent. 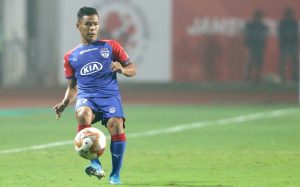 • Mohammed Yasir – 22 year old Mohammed Yasir has 18 appearances and 2 assists to his name. The talanted youngster was selected by Igor Stimac for the upcoming friendlies and can make his debut for the National Team.

•Roccharzela – The 22 year old Roccharzela had a very promising debut ISL season. He appeared in 12 matches and scored a goal. Roccharzela also picked up 2 assists.

•Liston Colaco – 22 year old Liston Colaco becomes the 4th Hyderabad player in the list. Liston appeared in 19 matches while attempting 34 shots and 25 crosses. Liston netted 2 goals and provided 3 assists and was chosen by Igor Stimac for the national team.

•Ishan Pandita – 22 year old FC Goa forward Ishan Pandita was one of the best Indian forwards of the tournament. His goal scoring ability and positioning was top notch. Pandita who came as a substitute in 11 matches scored 4 goals for FC Goa while averaging 32.75 minutes / goals. Because of his brilliant performance Igor Stimac has chosen him for the national team ahead of the friendlies in UAE. 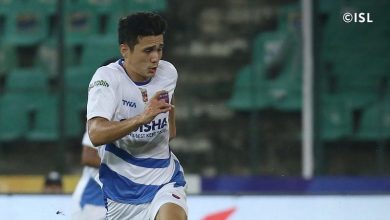 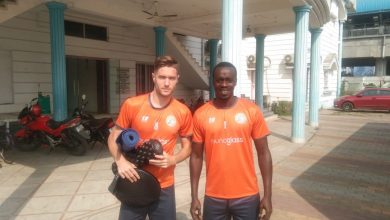 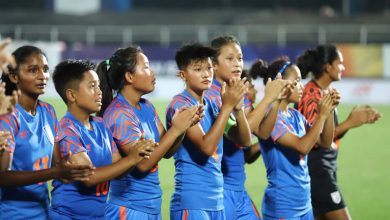 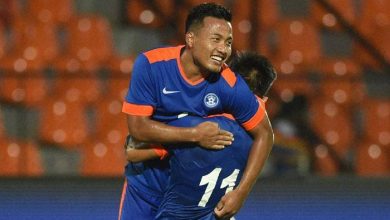