The new club from Kolkata are one of the most active clubs in the pre season transfer window as they aim to strengthen their squad for the upcoming season. Apart from bringing home striker Manvir Singh from FC Goa and left back Shubhasish Bose from Mumbai City FC, ATKMB are also close to securing the signatures of two youngsters SK Sahil and Shubha Ghosh from Mohun Bagan, report in certain media outlets suggest that Attacking midfielder Edu Garcia has also reportedly been offered a new two year contract while star forwards Roy Krishna & David Williams are expected to stay. Mohun Bagan’s I-League winning CDM Fran Gonzalez might join Habas’s team for the next season.

For the First time since it’s inception Bengaluru FC’s senior side failed to win trophy in a season. Carles Cuadrat’s team were also knocked out in the qualifying round of the AFC Cup south Zone after going down against Maldivian side Maziya SRC. The ISL season for last year’s Champions didnt bring much joy either as they surrendered a 1st leg lead to be knocked out by ATK in the semifinals .
Although blues are yet to make any big signings, they have moved fast secure the signatures of their core group of players. Udanta Singh signed a new three year deal with the club, while team’s backbones in midfield Eric Paartalu and Dimas Delgado decided to stay with the club for two and 1 more more year respectively .

The 2 times ISL champions made a great turnaround in the 2nd half of the season under Owen Coyle and would be hungry for success in the next .
Midfield general Anirudh Thapa has been offered an extention and CFC are expected to fire up the transfer scenario soon.

Lobera’s exit and no new coach’s appointment till now is seemingly hurting the Gaurs as few of their important player have opted to say goodbye to the club.
They have added some promising young Indian players, striker Makan Chothe from Punjab FC, dynamic winger Reedam Talang,who would face the challenge to fulfill the boots of Jackichand Singh. They also have brought defender Sensom Pereira from sporting Club de Goa.

A disappointing first season in the Indian top tier left lot of work to do for the next season for Deccan club.
With a well known name like Albert Roca making his comeback to Indian football, it certainly gives lots of hopes to Hyderabad FC fans for the next season of ISL. They have decided to retain the services of midfielder Adil Khan. Goalkeeper Subrata Paul has reportedly signed on the dotted lines while Indian Arrows youngsters Rohit Danu and Akash Mishra are also all set to become part of Roca’s army. Experienced Midfielder Holicharan Nazary is also expected to join them from Kerala Blasters.

The Tata owned club have made a big move to secure the signature of winger Jackichand singh for the next season and the team from the Steel City is expected to heat things up in the days to come.

Shubhasish Roy Chaudhary has signed a new deal with the Highlanders .They also have roped in I-League’s highest Indian Goalscorer, the 22 year old Rochharzela from Aizawl FC. Another former Aizawl FC striker Lalkhawpuimawia(known as Mapuia) is also expected to join the Highlanders for the next ISL season.

The City Football Group takeover is currently showing it’s impact on team’s approach for the next season.
Spaniard Sergio Lobera is excepted to take the Head Coach role from Portuguese Jorge Costa.
Lobera’s captain at FC Goa, Mandar Rao Desai already signed a 3 year contract with Mumbai City. Midfield General Ahmed Jahouh also expected to follow the footsteps of his coach and captain at Fatorda. Our Team of the season pick Goalkeeper Phurba Lachpena & East Bengal’s Defender Mehtab Singh are also likely to sign for MCFC. Kerala Blasters side back M. Rakip has also signed for the team from the City of Dreams while Farukh Chowdhuri might join him at his home town club.

Odisha FC have roped in the youngest indian to score in the AFC Cup, Thoiba Singh from Minerva Punjab FC. They also roped in Aizawl FC duo Isak Vanlalruatfela and Paul Ramfangzauva.

High expectations from the fans have always made the team crumble under pressure. They failed to give it back what supporters want.
Some changes in the Management and some good early moves are again building hopes for the Yellow army.
Striker Bart Ogbeche and midfielder Cido have reportedly decided to stay with club.Club also roped in Mr Dependable Tiri from Jamshedpur FC, team also trying solve the last year’s biggest problem in the Goal by signing Albino Gomes and Prabhsukhan Gill.
Bengaluru FC left Back Nisu kumar is also all set to play in Yellow from next season. Denchandra Metiai, Sandeep Singh and Puitia are few other players that club are likely to rope in for the upcoming season. 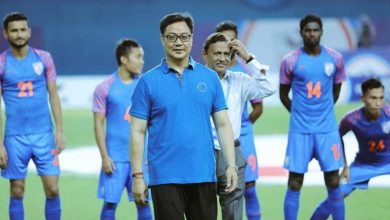 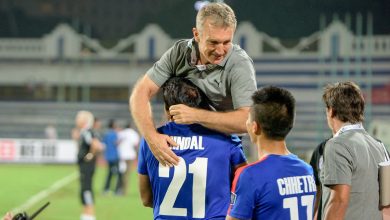 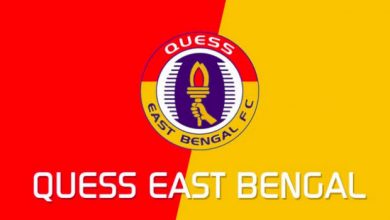 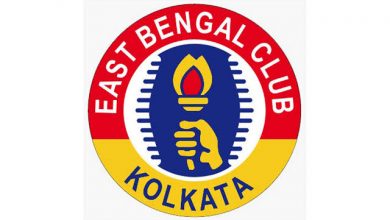