The U19 World cup has since 1998 given India stars like Virender Sehwag, Harbhajan Singh, Yuvraj Singh, Shikhar Dhawan, Rohit Sharma, Cheteshwar Pujara, Virat Kohli, Ravindra Jadeja who have found success at the international level, but there have also been some players who were expected to make it big at international level after doing exceedingly well at U19 level, but they failed to live up to the expectations. Some of them lost their way after a promising start at the domestic level whereas some could never excel even at the domestic level.

On that note, we have compiled an XI of Under 19 stars who failed to fulfil the high expectations.

When we think of the U19 stars who failed to make it big, the first name which comes to our mind is Unmukt Chand, who was the captain of the U19 World cup winning team in 2012 where he had scored a match-winning 111* in the final of the tournament against Australia. 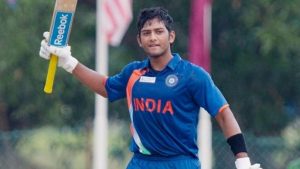 Unmukt Chand was amongst the runs at the senior level even before his appearance in the U19 WC as he scored 400 runs in 5 matches in Ranji Trophy 2010-11 including a knock of 151 against Railways on a seaming pitch. He was picked for the U19 team and proved himself as a consistent performer and also a big match player. He smashed centuries in final of a quadrangular U 19 tournament against Australia in Australia, in the final of the U 19 Asia cup against Pakistan in 2012 before the World cup and also in the World cup final against Australia.

Chand then became a regular for Delhi in domestic cricket but failed to show any consistency. Perhaps, being compared to a player like Kohli was too much to handle. He also got selected for India ‘A’ but failed to impress there as well.

Unmukt played for 3 different franchises in IPL across 6 seasons where he could manage just 300 runs @15 in the 20 innings he got the opportunity to bat.

Ravneet Ricky, was a part of the U-19 World cup winning squad in 2000. He was second-highest run-getter in the tournament with 340 runs.

Ravneet Ricky could not keep the performance at the domestic level, averaging 37 in both FC & List A cricket. He didn’t have any breakthrough season and usually scored around 500-600 runs in a Ranji season. He had to wait 7 long years to get a chance in Challengers Trophy where he just played 1 match where he scored only 10 runs. After being ignored for IPL in 2008, Ravneet Ricky retired from cricket at the age of just 28 later that year.

Tanmay Srivastav was one of the stars of India’s 2008 triumphant run, where he finished as the highest run-getter tournament with 262 runs.

At the senior level, Tanmay Srivastava had a good start as he was the leading run-getter for UP in Ranji Trophy 2008-09 with 667 runs from 9 matches, scoring runs at an impressive average of 47.64, but he could not carry the same form. Tanmay Srivastava did better in List A cricket, averaging 44 over 44 List A matches. He was never given a proper chance in IPL playing just 7 matches and getting to bat in just 3 innings where he managed just 8 runs.

Just like Unmukt Chand, he also played for Uttarakhand in Ranji Trophy 2019-2020 but he had a lacklustre performance there as he could score only 328 runs in 9 matches at an average of just 19.29 with the highest score of 58.

Vijay Zol came into notice when he broke the record for the highest individual score in U19 Cooch Behar trophy by smashing 451* for Maharashtra against Assam in U19 Cooch Behar Trophy 2011. This helped him secure a spot in the Indian U19 team.

Vijay Zol scored 110 on his FC debut, playing for India ‘A’ squad against New Zealand A in 2013. He represented Maharashtra in Ranji Trophy and had a brilliant start as he smashed 200* on his Ranji Trophy debut against Tripura. Zol ended the season with 553 runs in 9 matches at an average of 46.08.

Vijay Zol was picked by RCB in IPL but was benched for a full season in 2012 and 2013. He got to play 3 matches in IPL 2014 where he scored only 29 runs. Zol’s career never took off after his brilliance in initial few matches. Zol averages 34 in FC and 28 in List A with a low strike rate of 67. Zol was dropped from Maharashtra’s squads in FC and List A in 2018-19 and only featured for them in a few matches in the Syed Mushtaq Ali T20 last season.

At U19 level, Gaurav Dhiman was an attacking opening batsman and played many crucial knocks for India u-19, including hitting 105 off 75 balls against Sri Lanka u-19 in the final of Afro-Asia u-19 cup in 2005 and he was the leading run-getter of the tournament with 423 runs in just 6 matches at an average of 123.68. Besides being an attacking opener, he could also bowl useful medium pace.

With Karnataka having a strong batting line-up, Gaurav Dhiman struggled to break into their Ranji side and played only 1 FC and 7 List A matches for Karnataka in 2006-07 where he failed to make a mark.

Later on with Karnataka becoming the first state in India to have their own T20 league, Karnataka Premier League (KPL), Gaurav Dhiman represented Bijapur Bulls in 2009 and 2010 and Bellary Panthers in 2014 without much success.

Baba Aparajith was one of the stars of the U19 World cup winning squad in 2012. Baba Aparajith scored 171 runs and took 5 wickets with his off-spin in that tournament in 6 matches. He stepped up his performance in the knockouts, winning Man of the Match awards in both Quarter-final against Pakistan and Semi-final against New Zealand.

Baba Aparajith had a good start to his First-Class career. He averaged over 50 till 2013-14 season but his decline started from the next season where he could manage only 553 runs @29.10 in 20 innings. From the next season, Aparajith has been in and out of the side as his FC average has dropped to 38.36 after 78 games. He has performed better in limited-overs formats where he has an average of 43.74 in List A cricket over 77 matches and also picked 43 wickets @31.34. He is yet to make his debut in the IPL even though he was part of Chennai Super Kings for four seasons from 2012 to 2015 and later got picked by Rising Pune Supergiants in 2016 & 2017.

Shreevats Goswami, was a part of the U19 World cup winning squad in 2008 where he played some crucial knocks including 58 in the semi-final against New Zealand.

Shreevats Goswami won the emerging player award in IPL 2008. He scored a half-century on his IPL debut playing for Royal Challengers Bangalore against Delhi Daredevils. He became more of a limited-overs specialist doing better in List A and T20 cricket than in First-Class cricket.

With MS Dhoni there with the national team and Wriddhiman Saha performing brilliantly for Bengal, Shreevats Goswami had to wait for his chances. After MS Dhoni’s retirement and Wriddhiman Saha being picked for the national team, Shreevats Goswami got an opportunity to be a regular in the Bengal Ranji team. He had a breakthrough season in 2016-17 which helped him in getting picked for India A in limited-overs matches in 2017 for the series against New Zealand A and he also made a comeback in IPL with Sunrisers Hyderabad in 2018.

Shreevats Goswami is now a regular feature in the Bengal but hasn’t been able to come up with big performances as he averages just 30 after 55 matches in FC. In 85 list A matches he has played so far, Shreevats averages 39 with a low strike rate of 73.76. He has also failed to make a mark in the IPL where he has managed just 293 runs in 19 innings which includes just one half-century.

Iqbal Abdulla was the leading wicket-taker for India in 2008 U19 World Cup with 10 wickets in 6 matches.

Besides being a left-arm spinner, he is also a decent lower-order batsman. He impressed on his domestic cricket debut in 2007 when he took 5/10 against Haryana in Syed Mushtaq Ali T20 Trophy in 2007 which helped him in getting picked for the India U19 team and he played the U19 World cup in 2008.

With Ravindra Jadeja also emerging as a left-arm spinner and a decent bowling all-rounder, Iqbal Abdulla fell behind in the pecking order and could not get picked for the national team.

Iqbal lost his form and became irregular in the Mumbai Ranji XI. He moved to Kerala in 2016-17 season. Iqbal returned to Mumbai the next year, but couldn’t feature in the domestic season as the MCA’s rule demands a player to serve a year-long cooling-off period. For 2019-20 season, he joined Sikkim as a professional guest player.

In IPL, he played for RR and RCB after his KKR stint but started fading away and hasn’t been picked since 2018.

Vijay Kumar Yomahesh was the frontline pacer of the India U19 World cup team in 2006 where he took 11 wickets in 6 matches in that tournament.

Vijay Kumar Yomahesh was quick and had a good outswinger, he could swing the ball both ways and also had the ability to extract bounce off the pitch. Yomahesh became a part of India ‘A’ squad in 2007. He was the leading wicket-taker for Delhi Daredevils in IPL 2008 with 16 wickets.

After a strong start, Yomahesh could not keep up with the same performance and got only 1 match each in 2009 and 2010 IPLs. In 2011 auction, he was picked by Chennai Super Kings where again he didn’t get many opportunities and was dropped after 2012. Vijay Kumar Yo Mahesh also lost his place from Tamil Nadu Ranji side. He made a comeback in 2017-18 after 3 years but again failed to impress. He last played for Tamil Nadu in 2018 and is a regular in TNPL.

Pradeep Sangwan, was a part of the U19 World cup winning squad in 2008. His five-wicket haul against South Africa in the group stage encounter was one of the major highlights of the tournament.

Pradeep Sangwan was brilliant for Delhi in his debut season in Ranji Trophy 2007-08 where he was the leading wicket-taker for his with 33 wickets in 7 matches @19.24 and played a key role in Delhi winning the Ranji Trophy. In the final against Uttar Pradesh, he took 9 wickets in the 2 innings.

Pradeep Sangwan became the first player to be picked in the u-19 players draft, ahead of Virat Kohli during the inaugural IPL auction in 2008 when he was bought by Delhi Daredevils.

However, the left-arm pacer lost his bowling form and also got involved in controversy as he was tested positive in a random dope test, for which he was banned for 1.5 years.

He made a comeback for Delhi later in 2015 and had a few memorable outings but could never come close to securing an Indian cap. He also played for Mumbai Indians and Gujarat Lions in IPL but failed to impress in the limited opportunities he received.

Shalabh Srivastava was a part of the U-19 World cup winning squad in 2000 where he finished as the highest wicket-taker for India with 14 wickets at an average of 17.57 in 8 matches in the tournament. He was the hero in the final picking three wickets for 33 runs against Sri Lanka in the final.

The left-arm seamer was a part of the Uttar Pradesh team which won the Ranji Trophy in 2006-07 where he grabbed 15 wickets in 6 matches. Later on, Shalabh joined Indian Cricket League (ICL).

Shalabh then made his return after ICL folded and represented Kings XI Punjab in IPL where he took 14 wickets in 14 matches.

Later on, in 2012, Shalabh Srivastav was suspended for five years for agreeing to and negotiating teems to fix a match in IPL which eventually ended his career. Shalabh completed his domestic career with 130 wickets in 41 FC matches @ 31.65 and 44 wickets in 33 List A matches @ 26.02. 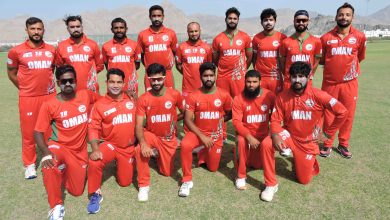 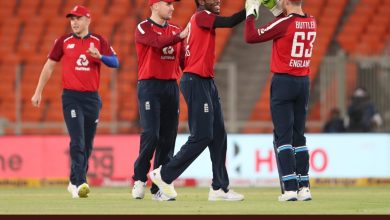 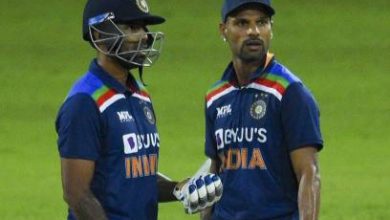 Big names who flopped in the Vijay Hazare trophy 2021-22 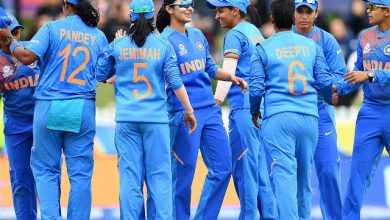