India endured a tough day in office with both the men’s and women’s badminton teams suffering defeats in their final group match at the Thomas and Uber Cup Final here on Wednesday.

While the men’s team put up a spirited fight before going down 2-3 to Chinese Taipei in group C, the women shuttlers couldn’t take a single game off Korea, suffering a demoralising 0-5 defeat in group D.

However, the twin defeats will not matter much as both the teams have already sealed their respective quarterfinal berths after ensuring securing a top-two finish in the group following two victories.

In the quarterfinals, the Indian women will have to pull up their socks as they face Thailand.

For the Indian women, it was a reality check after two successive wins against Canada and USA as they looked awfully out of sorts against a much superior opponent in Korea.

Double Olympic medallist P. V. Sindhu had a disappointing outing as she succumbed to her straight fifth loss to world number four An Seyoung, losing 15-21 14-21 this time in a lopsided contest, as India conceded a 0-1 lead.

The combo of Shruti Mishra and Simran Singhi was no match for world number two pair of Lee Sohee and Shin Seungchan, going down 13-21, 12-21 in 39 minutes.

Up against Chinese Taipei, the Indian men’s team fought hard with Lakshya Sen and the doubles pair of MR Arjun and Dhruv Kapila winning a game but only Kidambi Srikanth and H. S. Prannoy could claim wins over their opponents.

The world number 8 pairing of Satwiksairaj Rankireddy and Chirag Shetty couldn’t get past Lee Yang and Wang Chi-Lin, ranked 3rd, losing 11-21 19-21 as India slipped to 0-2.

MR Arjun and Dhruv Kapila showed a stomach to fight as they saved four match points, only to go down 17-21, 21-19, 19-21 against Lu Ching Yao and Yang Po Han in a tight second doubles match, as India conceded a decisive 1-3 lead to Korea. 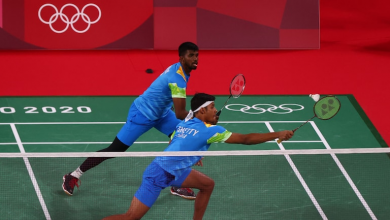 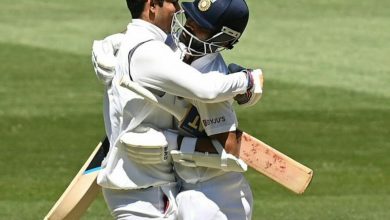 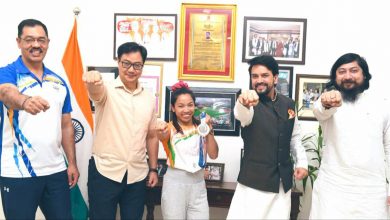 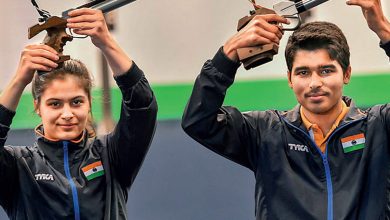