TOKYO: Indian shooter Singhraj Adhana, who took to the sport just four years ago, on Tuesday won the Paralympics bronze medal in the P1 men’s 10m air pistol SH1 event here.
The 39-year-old, who is afflicted with polio and was making his Games debut, shot a total of 216.8 to finish the event in the third place after qualifying for the eight-man final as the sixth best shooter.
However, Manish Narwal, who topped the qualifications with 575, was eliminated in the seventh place when it mattered the most.
This is India’s second medal in shooting. Avani Lekhara won the women’s 10m air rifle standing finals (SH 1) on Monday.
Hovering around the top three, Adhana dropped out of contention with his poor 19th shot but managed to get back in the reckoning with his 20th attempt as China’s Xiaolong Lou got 8.6.
China, though, dominated the finals with defending champion Chao Yang (237.9 — Paralympic record) and Huang Xing (237.5) winning the gold and silver medals respectively.
Before his 9.1 saw him slip to fourth, Singhraj had moved up to the third place as the Chinese shooter endured a low series.
The shooter from Haryana’s Bahadurgarh took to the sport only four years ago and had served as the chairman of the Sainik School in Faridabad.
His grandfather was part of the country’s freedom movement and served in the British Indian Army during the second world war.
On Tuesday, he nearly missed out on the podium due to a poor 19th shot. But got his act together just in time.
Adhana was coming into the Games after winning gold at the 2021 Para Sport World Cup held in Al Ain, UAE, where he upstaged 2016 Rio Paralympics bronze medallist Server Ibragimov by 2.8 points to claim the top spot.
As the pistol is held with one hand only, athletes in SH1 category have an impairment affecting one arm and/or the legs, for example resulting from amputations or spinal cord injuries. P1 is a classification for the men’s 10 air pistol competition.
Some shooters compete in a seated position, while others take aim in a standing position as defined in the rules.
The other Indian shooter in the event, Deepender Singh finished 10th.
Earlier in the day, fancied Rubina Francis finished seventh in the women’s 10m air pistol SH1 final.
Rubina was on 128.1 points when she was eliminated in the seventh place at the Akasa Shooting Range.
As the pistol is held with one hand only, athletes in SH1 pistol have an impairment affecting one arm and/or the legs, for example resulting from amputations or spinal cord injuries.
Iran’s Sareh Javanmardi won the gold medal with a world record score of 239.2. Rubina held the previous world record with 238.1.
It was always going to be an uphill task for Rubina after she shot a horror 6.6 in the first series.
Still she was placed fourth after the end of the 1st competition stage with 93.1 points, as the elimination rounds began.
She tried but could not regain the lost ground and was the second shooter to be eliminated in the eight-woman final.
Earlier, she started off well in the qualifications to finish seventh with 560 points and make the final.
At the end of the first series, Rubina was in 13th place with 91 points but the Indian shooter moved into sixth place after a total of 187 at the end of the second series.
Rubina then moved to the third place with 282 points at the halfway stage of the qualifications.
In the next two series, Rubina recorded scores of 93 and 93 respectively and slipped to the seventh spot.
The 22-year-old from Jabalpur in Madhya Pradesh had set the world record in the finals at the World Cup in Lima, Peru in June.
She was born with an impairment in her leg.
In May, she had contracted COVID-19 while at the national training camp.
She was unable to train for more than a month, until days before the World Cup event in Lima, Peru, where she won gold in the women’s SH1 10m air pistol and secured a quota place for Tokyo.
Tags
India at Tokyo Paralympics Manish Narwal Singhraj Tokyo Paralympics
Facebook Twitter LinkedIn Tumblr Pinterest Reddit VKontakte Share via Email Print 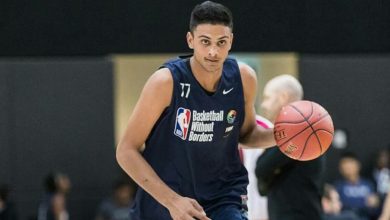 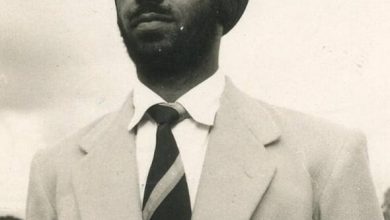 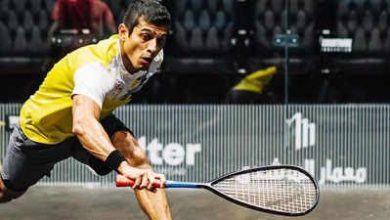 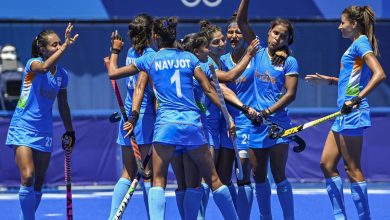