Here’s a look at list of first player from every international team outside traditional 8 sides to be picked in the IPL:

Abdur Razzak, the left-arm spinner became the first player from Bangladesh to be picked in the IPL. Royal Challengers Bangalore signed him in 2008 and he got to play 1 match which was against Rajasthan Royals.

Since then Bangladesh has improved as a team and Shakib Al Hasan and Mustafizur Rehman have represented various franchises in the IPL. Mohammad Ashraful and Mashrafe Mortaza are others to make their IPL debuts while Liton Das was picked in the IPL 2023 auctions.

Zimbabwe also had a representation in the inaugural IPL. Their former captain and wicket-keeper batsman Tatenda Taibu was picked by Kolkata Knight Riders. Taibu played 3 matches without much impact scoring 31 runs in 3 matches and was released after the conclusion of the season.

Other Zimbabwean players to be signed by an IPL franchise include Brendan Taylor and Ray Price. Allrounder Sikandar Raza has been picked by Punjab Kings in the 2023 IPL auctions.

Besides Dirk Nannes, Ryan Ten Doeschate of the Netherlands has also played in the IPL. The all-rounder represented Kolkata Knight Riders from 2011-2015 with decent success.

Kenya also managed to have representation in the IPL. Mumbai-born Kenyan batsman Tanmay Mishra who held an Indian passport was signed by Deccan Chargers in IPL 2012 as an Indian cricketer. He played 1 match for them against Rajasthan Royals where he didn’t get a chance to bat or bowl. While Tanmay Mishra was in the squad in 2013 with Sunrisers Hyderabad and in 2014 with Royal Challengers Bangalore, he didn’t get to play another match. Tanmay Mishra later represented Tripura in the 2019/20 Indian domestic season.

Afghanistan who was rapidly rising in the rankings and qualifying for world cups and T20 world cups regularly, had their big break in the IPL at the 2017 auctions when 2 of their main cricketers were picked. Sunrisers Hyderabad signed both Nabi and Rashid. Nabi played 17 IPL matches from 2017-2022. Rashid has featured in all IPL matches since his debut, having picked 112 wickets in 92 IPL matches at an economy rate of 6.37.

Besides them, Mujeeb Ur Rahman and Fazalhaq Farooqi have also played in the IPL. Zahir Khan, Noor Ahmed and Rahmanullah Gurbaz have been part of squads but are yet to make their debuts. Naveen ul Haq was picked in the 2023 IPL auctions.

Nepal leg-spinner Sandeep Lamichhane was scouted by Michael Clarke during the Hong Kong T20 Blitz in 2016. Clarke recommended Ricky Ponting, coach of Delhi Daredevils, to pick him in the IPL. Lamichhane made 9 IPL appearances in 2018-2019 and took 13 wickets at an average of 22. He also became a regular in other T20 leagues around the world after his IPL stint.

Singapore-born Tim David instantly made a mark when playing for Singapore in 2019 as helped his team in famous wins over Zimbabwe and Scotland. Based on his exploits for Singapore and his performances in the BBL, David was signed by Royal Challengers Bangalore as a replacement player in IPL 2021. He played just 1 match for them. In IPL 2022, the hard-hitter was signed by Mumbai Indians for 8.25 Cr. He scored 186 runs in 8 matches at an extraordinary strike rate of 216.28. David was also selected to play for the Australian T20I side and represented them in the recently concluded T20 World Cup.

Kevin O’Brien and Paul Stirling can consider themselves unlucky to have never played IPL. However, finally, in the IPL 2023, an Ireland cricketer got a bid in the auction. The left-arm pacer Joshua Little, who had an impressive outing in T20 World Cup and has taken 62 wickets in 53 T20Is, was picked by Gujarat Titans for 4.4 cr.

Eoin Morgan is the first Irish-born cricketer to play in the IPL and represented Ireland in the 2007 world cup before moving to England in 2009. Morgan was featured for various franchises as an English cricketer from 2010-2021.

David Wiese, former South African all-rounder who now plays for Namibia, was signed by Kolkata Knight Riders at his base price of 1 Cr. David Wiese has previously represented Royal Challengers Bangalore in IPL 2015 and 2016 as a South African player. He had a decent outing as he took 16 wickets in 15 matches and scored 127 runs at a strike rate of 141.11.

Besides these players, Chirag Suri of UAE was picked by Gujarat Lions in IPL 2017 and Ali Khan of USA was picked as a replacement player by Kolkata Knight Riders in IPL 2020. However, neither of them got to make their IPL debuts.

With other teams also making a mark in international cricket, as seen in the recently concluded T20 World Cup, one can expect representations from other nations in the world’s biggest T20 league. 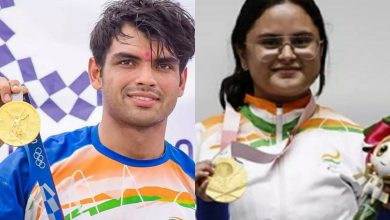 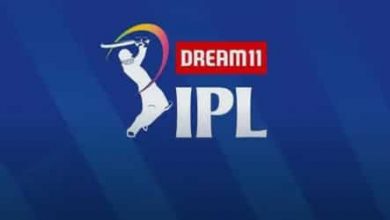 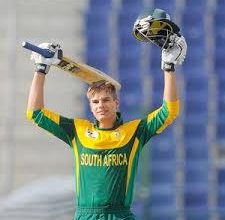 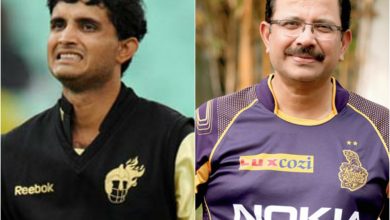 Know the reason why KKR let go off Sourav Ganguly